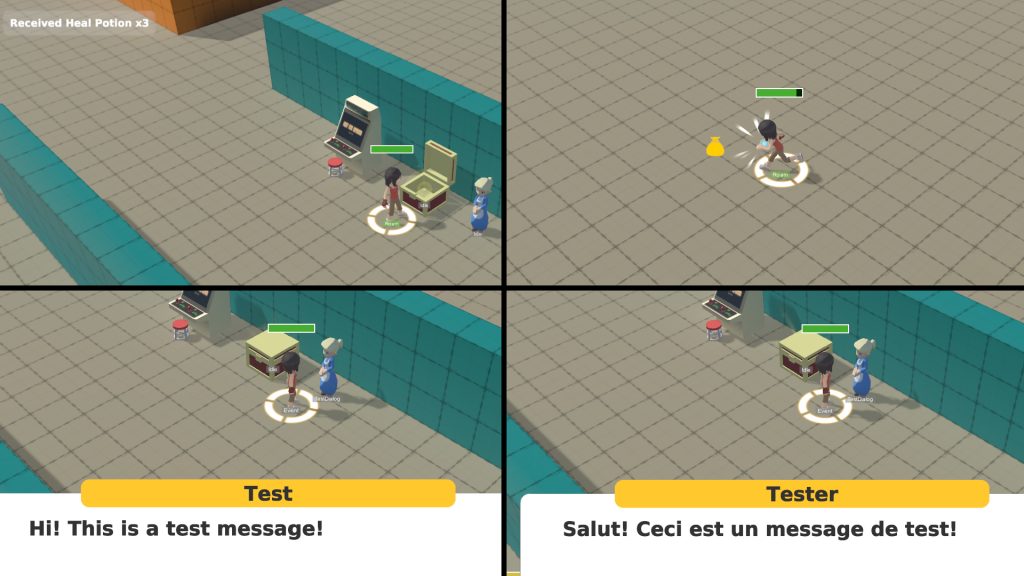 Hi! Haven’t updated in a while. I just did some minor things. Not very exciting. Here are some of the things I worked on:
– Localization (I’m using Google Translate for now lol)
– Events and dialogs
– Loot drop and treasures
Since I decided to re-code the battle system, I had to stop using ORK framework. I ended up having to code the rest of the event system myself. I am now using PlayMaker to handle the statemachines with my own custom actions on it. I am going to go back to level design next week and see the battle system in action. Hopefully, next iteration would be a bit faster. It’s taking so long to finish the game. -_-

Hello! An update. Haven’t had much progress (also have been sick and still sick -_-). I’ve just been cleaning up my code and improving the ai. Currently, they run around too much which is a bit annoying. I’ll be working on improving it a bit next week. I’ve added some status effects stuff as well. The boar enemy in the video has a “Stun” ability which can prevent you from moving around.

The battle system has been reworked a bit too. It’s now pretty much ff12. You’ll have the option of pausing the game when youre picking an action using menus. I will have an extra shortcut button for the roll and blink though.

I’ve also been trying to create my own event system for dialogs and cutscenes, and so far I’m pretty stuck. There is a new Timeline feature in unity which is really neat, and I’m trying it out. I’m having trouble with it right now though.

Just a quick vid on some movement abilities. Thinking of adding leap like in Diablo, a bit hard curr though. Not sure what else for movement based abilities.

Hello, Just wanted to update on some progress I made. I did some work on the ai part. It still needs work, but it’s kinda working. Currently, you have 3 characters, but you can only control one at a time. You can choose to attack enemies with them, or support them with heals and stuff. Need to work on more spells. I’m having a lot of fun. Next week I might have to work on event system.

Happy 4th! I got a lot of work done during my day off and finally got a playable battle system. I’m working on this new battle system since I wanted the game to have a more exploration feel and cutting to a different screen during battles can break the the flow of the game. Getting into battles is seamless and doesn’t cut to an arena anymore. You can now control your character around and issue commands on the fly.

I’m still planning to have 3 characters at once with the other 2 being ai controlled. It is still a work in progress and I’m still working on refining the gameplay for it. This is still pretty early on and a lot can change. I need feedback to make things better.

hello! I had the chance to go through my old files and found this old concept I drew up. I think I’m going to try and experiment this over the weekend and see if I can implement it. I’ve been stuck on level design for a few weeks now and this might help. Its similar to vagrant story/ff12 maybe where it’s a mix of action and turn based combat. We’ll see how it goes. What do you guys think? 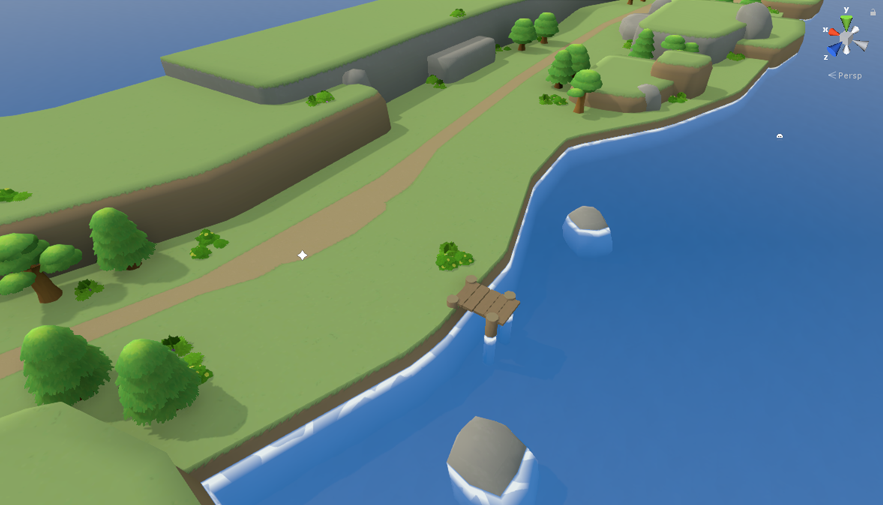 Hello everyone! Late late update again. Here are new screenshots for the river and the forest area. 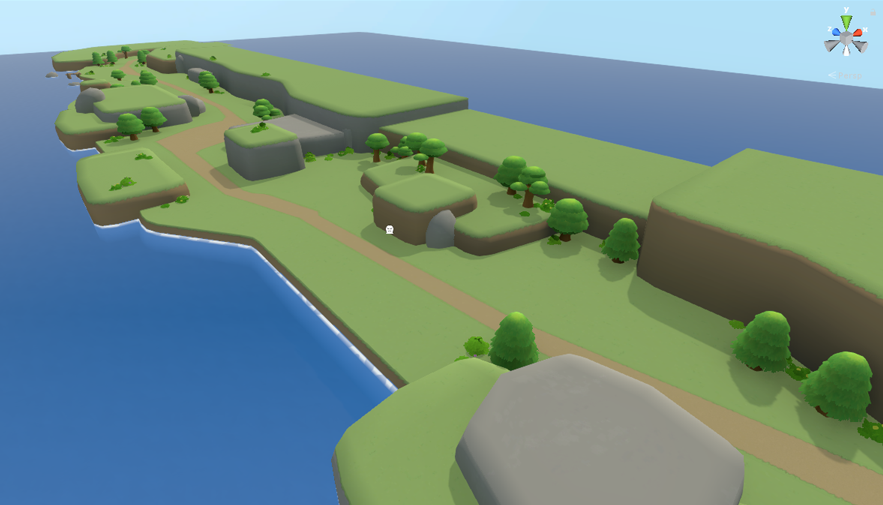 It is the same area as the previous update, but I decided to redo them and simplify the geometry. 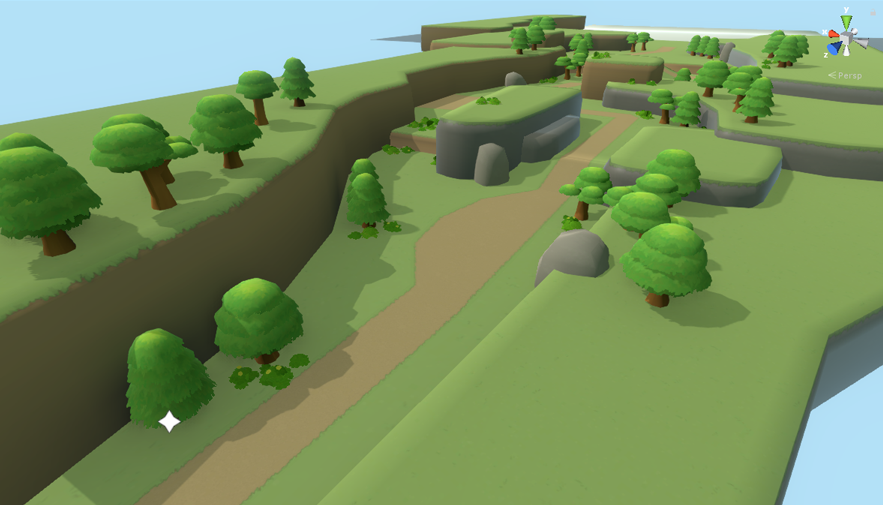 It now looks a bit low poly with less noise on them. I decided to use Blender for now in doing the levels to save money and stopped the Maya LT subscription. I will probably go back to Maya when I do more characters. 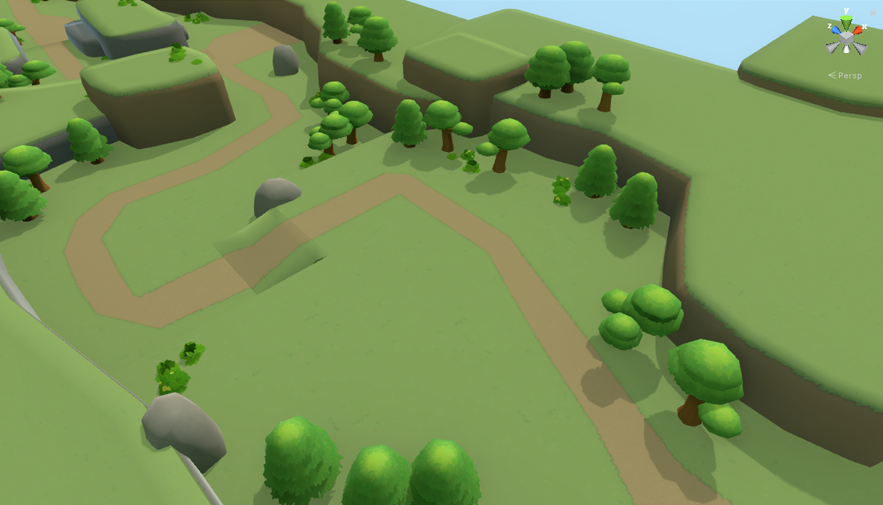 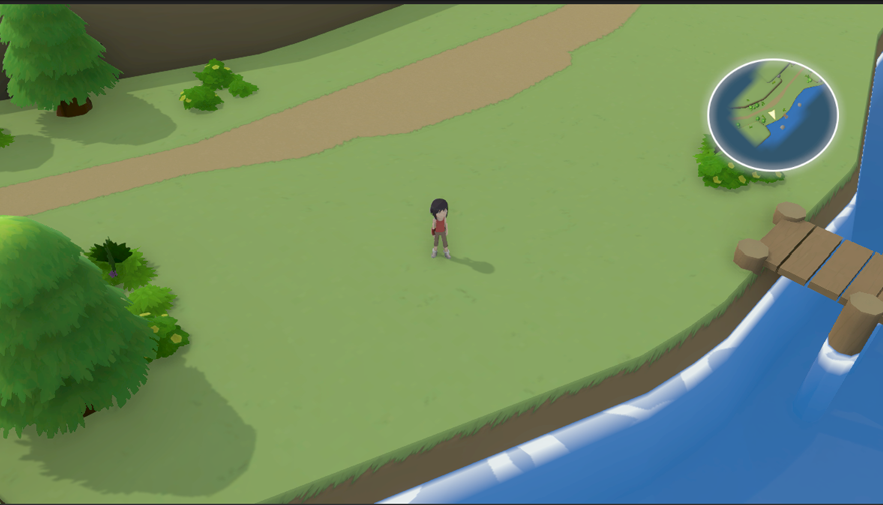 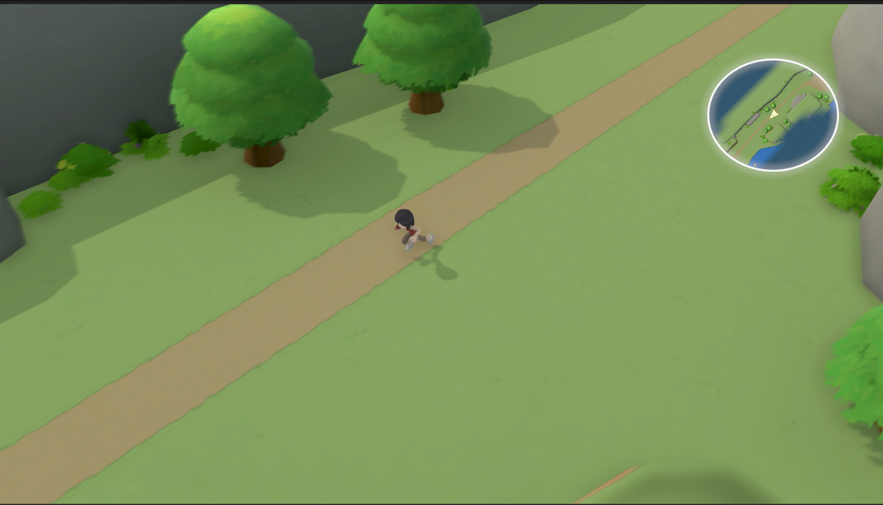 Just a short video on the intro work in progress. Last week I posted about going back to Top Down view, so I had to redo the Intro cutscene and made it simpler. It is definitely faster to do now. I also finally got cutscene camera panning to work well, but it’s still really buggy. Currently doing the other ones now. 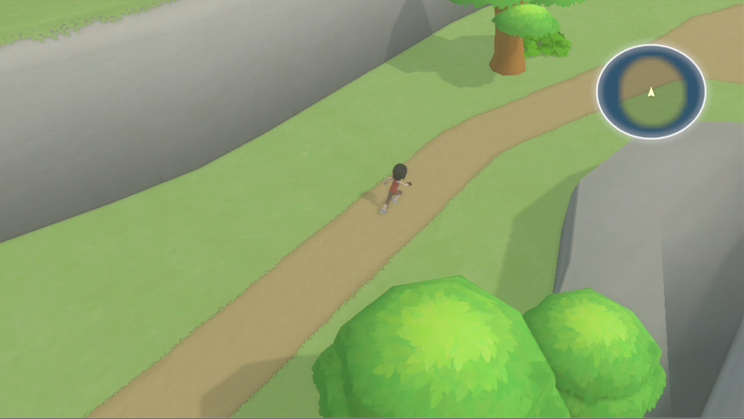 Hello! Did a lot of big changes to the game I’m currently working on. 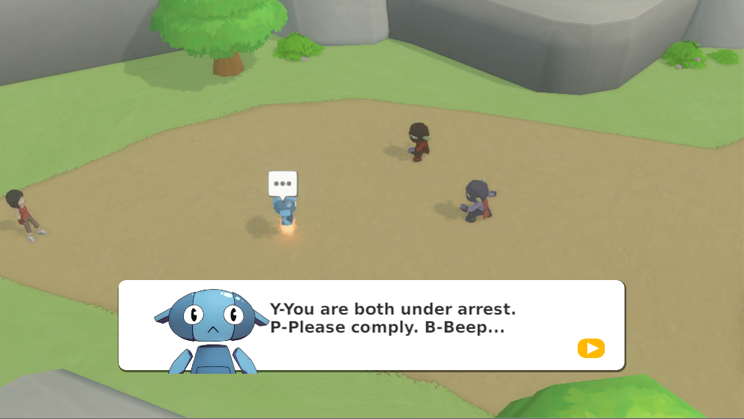 I decided to go back to top down view. I noticed that I am doing a lot of extra work working on things that are not part of the gameplay, but necessary because of the free roam camera. This slowed down the progress by a lot and It did not help the look of the game by much. 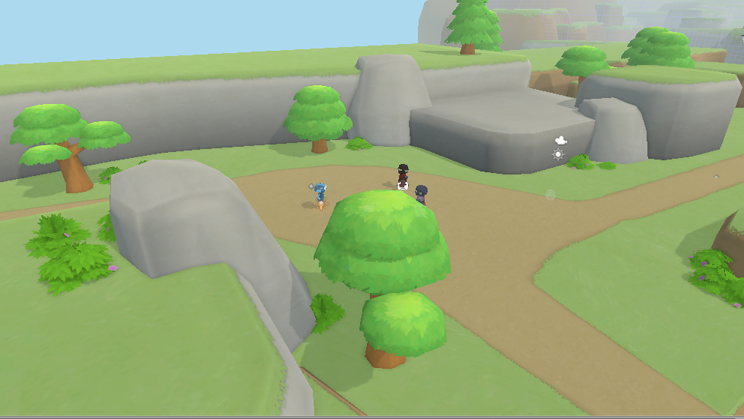 Another change was how the cutscenes work. I simplified it by a lot. Because I won’t be working on 3d models that are out of view, the camera will be mostly static. Dialog emotions will also be character portraits instead of animating it on 3d models. 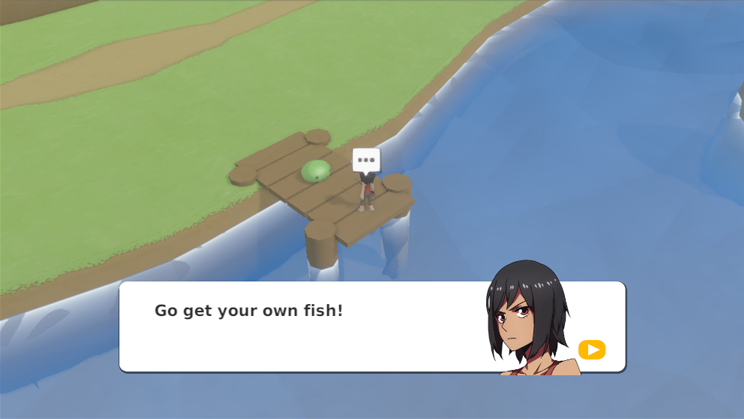 I am reworking the battle system too and simplifying it a bit. It’s not much work, but I’m still getting a feel for it and testing it out. 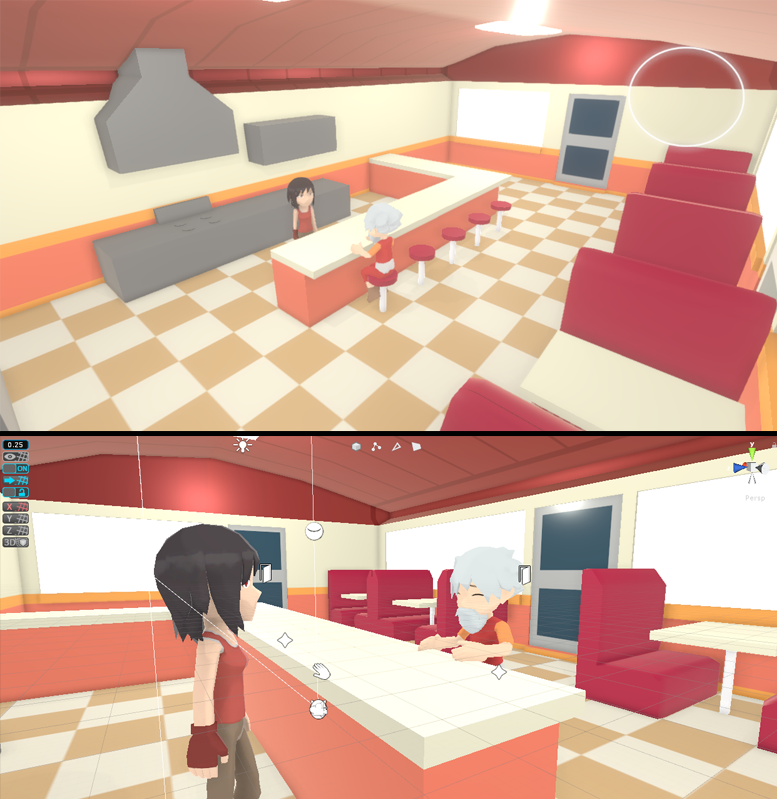 Hello! Currently sick, but managed to do some work on cutscenes and events for the diner. The textures aren’t done yet, but trying to get something done as fast as I can. Will probably finish the events and minigame next week.