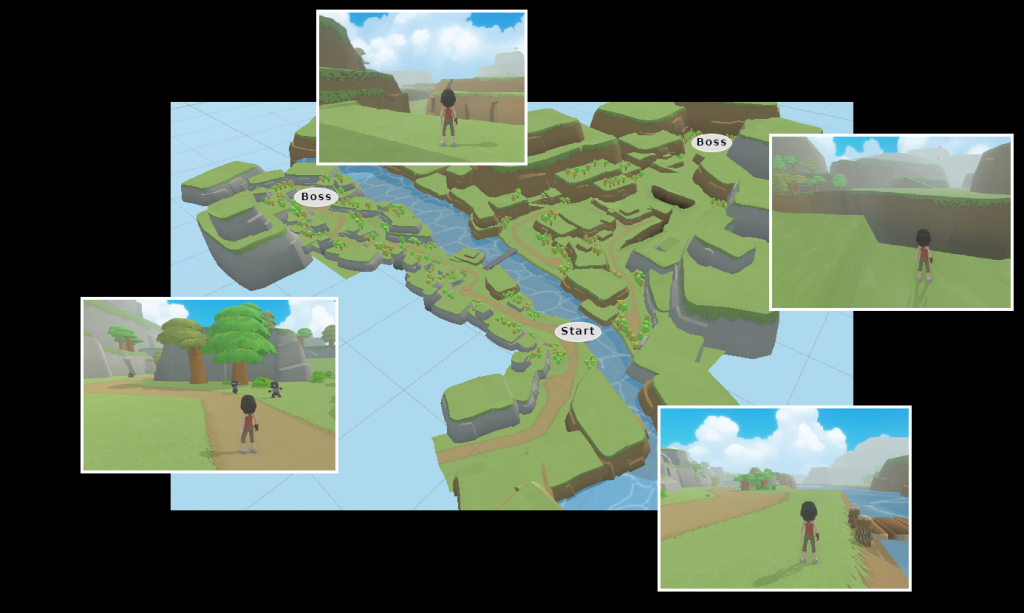 Hello! Sorry I haven’t done much and updates have been slow again. I have been doing the same thing. Just adding more areas and tweaking the game.

I decided to remove the victory screen once battles are won. It just cuts to the loot screen then resumes the game. This change made the pace of the game much faster. I’m planning to add it during boss battles though, so it might feel a bit rewarding maybe.

I also expanded the forest/plains level. It’s still not done yet, but here is a rough idea on how the layout goes. I’m planning to add extra cave areas too, but I’m still doing the 3d models for the walls and stuff in maya.